The History of Winton 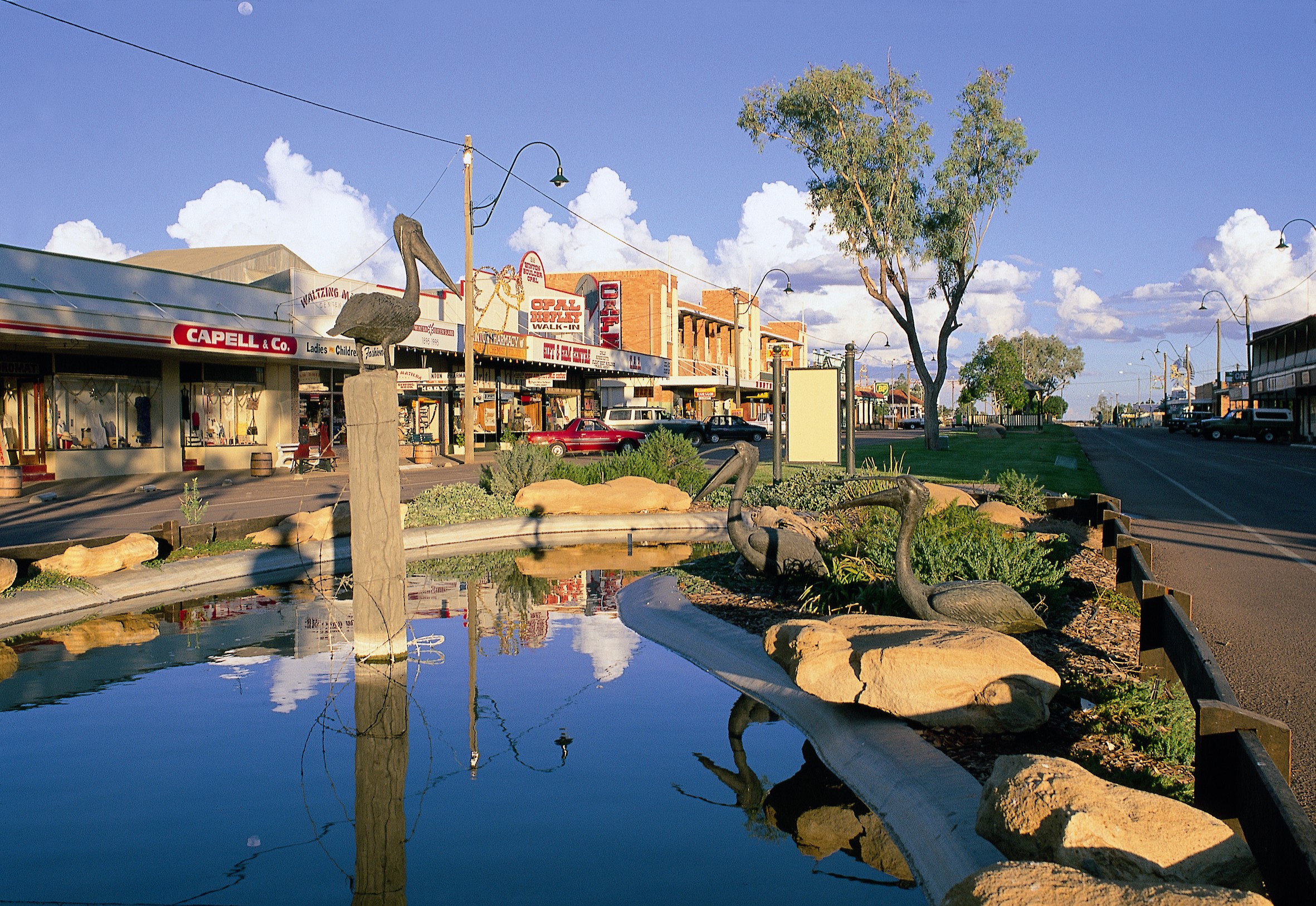 The history of Winton begins with a man named Robert Allen. He arrived from Aramac in 1875 and camped on the banks of Pelican Waterhole. 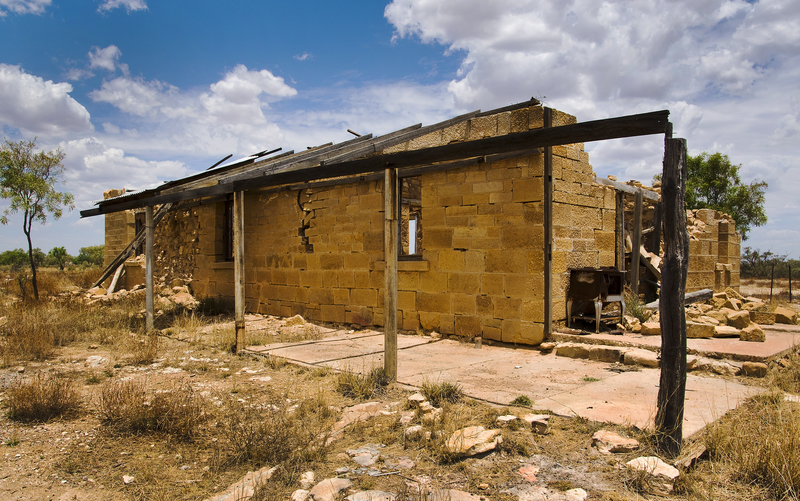 His settlement was known as Wallace's Camp. The surrounding district was already settled by farmers and squatters, with a regular mail run from Aramac to Cork Station (Pictured to the left in present day).

In 1876, the settlement at Pelican Waterhole was flooded out and Robert Allen moved his hotel/store a mile eastwards. He was the first to settle the present day site.

It was then that Allen, who was the Postmaster, changed the settlement's name to Winton. He decided the former names were too difficult to write on the postage stamps. So he named the town after a suburb in Bournemouth, England, in which he was born.

On the 5th of July 1879, Winton was gazetted as a town by the Government, along with two areas, each 640 acres, that were retained for Town Common purposes.

According to the first published record we have of Winton, in 1880 there was a population of 146. In 1882 the hospital was built and 1883 saw the population double to 300. The township saw big changes in 1885 - there was a well-formed Judiciary, the State School opened with 30 pupils and Cobb & Co. started their line of coaches.

On the 25th of September 1886, the Shire of Winton was proclaimed a Local Authority and on the 1st of January 1887, a duly elected body of members called 'The Winton Divisional Board' took over the Local Government of the Shire. 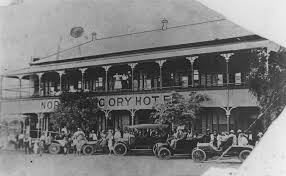 Twenty years after the first settlement at Pelican Waterhole, AB 'Banjo' Patterson was visiting at Dagworth Station and this is where he wrote 'Waltzing Matilda'. The song was first publically performed at the North Gregory Hotel (Pictured to the right, Old North Gregory Hotel) during Amateur Race Week.

In 1888, the Opalton Mineral Field was discovered, and by 1896 there were about six hundred men working the mines. Production of the fields were thought to be between $60,000 and $80,000, but the lack of water and the decline of the market price of opal caused most of the men to abandon the field by 1898.

The first train came to Winton in May of 1899, linking with Hughenden and Townsville. The train proved invaluable in the years between 1900 and 1906, shifting stock and bringing fodder into the district, when Winton experienced one of the worst droughts in the area.

The drought broke in 1906 and the township had to then deal with the biggest flood in its history.

In 1914, World War I came to Winton in the form of progress coming to a stand still. At that time the district population was 2554 and of that figure, 519 men enlisted. 92 were killed.
The same record, per capita, stands for WWII.